The Lui4 dining table represents an oversized version of the much-appreciated wooden coffee table by Philippe Bestenheider. Lui4, in the complexity of its legs, fully displays the exceptional workmanship which is the hallmark of Fratelli Boffi. The complicated structure recalls the development of the fall of a cube, almost as if it were impressed by along exposure time of a photograph, becoming an extraordinary example of how the selection of details in the Fratelli Boffi product goes hand in hand with formal research and attention to each little detail. 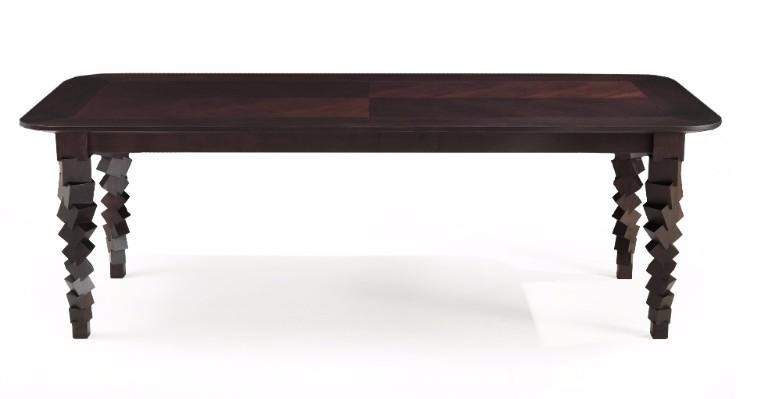 The Sabaudia chair by Archer Humphryes Architects is able to recreate a situation of luxurious conviviality. Sabaudia is inspired by bistro chairs whose proportions are enhanced in thickness, and by the knowledgeable working of the wood and the materials used. The streamlined legs thickens as they rise toward the base, crisscrossing eachother, and with a curve that outlines the back forming the two armrests. The seat cushion is in soft leather whereas the back is available in two different versions, in Vienna caning or in leather, giving life to a rich and polyhedral object.

The Capital dining table is defined by a wooden inlaid base showing mythological figures of tritons and neoclassical inlays of Greco-Roman inspiration. The round surface, in rain forest brown marble, confirms the rich, refined character suggested by the walnut base, making Capital a project dedicated to the most luxurious and refined styles. 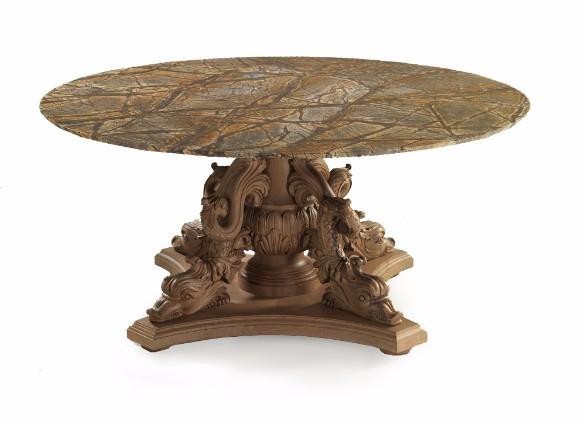 The Daina chairs designed by Nigel Coates have been presented this year in a new padded back version and called Dainaup. Dainaup is inspired by the suppleness of a doe and at the same time by the roundness and grace of a female body, from which mutual elegance and lightness are derived. The frame is folded like a ribbon, drawing a stylized outline holding at its center a cushion in suede leather. In fact, the simplicity and delicateness of Dainaup hide the complexity of the manufacturing and the refinement of the details. 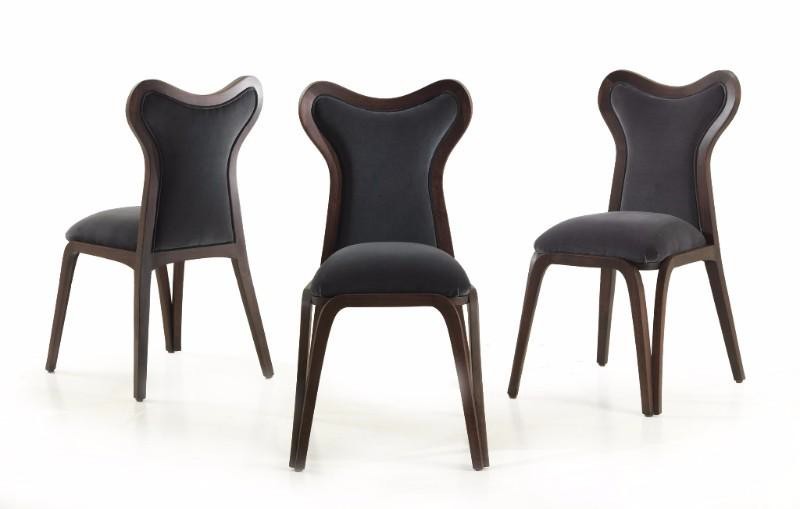